13.0 Where Psychiatry Gets it Wrong: The DSMs Flawed Diagnostic Method 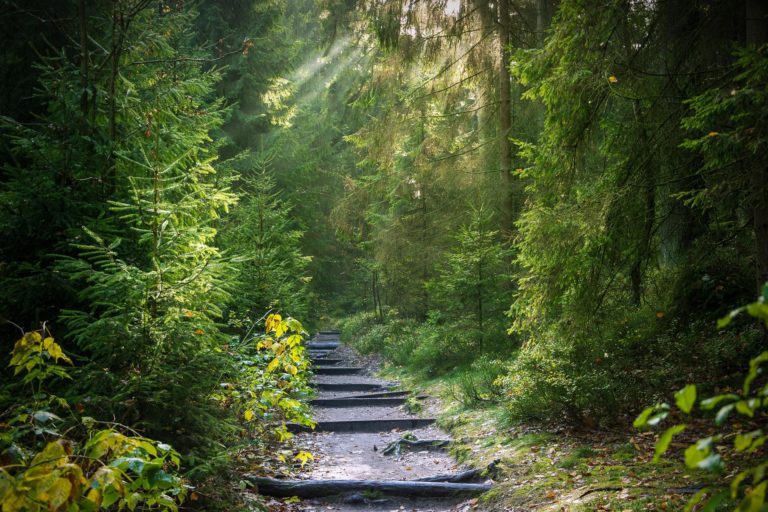 “All things are subject to interpretation. Whichever interpretation prevails at one time is a function of power and not truth.” — Nietzsche

Psychiatric providers learn methods of diagnosis significantly different from those providers in other medical fields. In most other medical specialties, providers are taught to diagnose diseases through a number of researched and substantiated validators that include much more than obvious, or patient-reported, symptoms. A disease is diagnosed based on consistent clinical observation over many years, course of illness, genetics, as well as evidence provided by research and advancing technology. This scientific method has evolved and developed over time. Conversely, Psychiatry has lagged behind this development, using mostly numerical appearance of symptoms to diagnose disorders.

Psychiatric providers routinely base their diagnoses on patient-reported symptoms. This is most likely due to the rhetoric of the DSM, which is the most used and most respected source (albeit controversial) of knowledge used in the field. The DSM focuses on symptoms alone for a diagnosis, ignoring long-established validators for a psychiatric diagnosis, which include course of illness, age of onset, episode frequency, length and outcome, family history/genetics, lab tests (a low priority for psychiatry), and response to treatment (least helpful).

In a 2013 blog just before the release of the DSM-5, Thomas Insel MD, then director of NIMH, said the DSM is “at best, a dictionary, creating a set of labels and defining each” and that “its weakness is its lack of validity.” Insel notes that “elsewhere in medicine this type of symptom-based diagnosis has been abandoned over the past half-century as scientists have learned that symptoms alone seldom indicate the best choice of treatment.”

There are, in fact, other indicators essential in accurate diagnosis. The seminal paper in 1970 by Robins and Guze elaborates the following diagnostic validators:

Even though other medical fields have grown to include validators to help in patient care; and despite dissension from various professionals (such as Insel) in psychiatric medicine, the DSM has remained committed to symptom-based diagnostic methods, and not surprisingly, whatever reason or research is used for the DSM committee decisions is not cited in any DSM.

Unfortunately, symptom-based diagnostic methodology leads to inaccurate and unhelpful “comorbidity,” diagnoses; which in turn results in inaccurate and dangerous treatment plans, especially when the treatment includes medication.
In most medical fields, diagnoses point to diseases – which are umbrella concepts that cover a range of symptoms. But the DSM, on which psychiatric providers heavily rely, the word ‘disease’ does not appear. (See intro blogs I, II, & III). The DSM system as of 1980 uses a threshold criterion of counting symptoms for what is called a “disorder.” If the symptom count reaches the threshold, the “disorder” can count as a psychiatric diagnosis, whether the “disorder” is a true disease or has any credible validity, e.g. Disruptive Mood Dysregulation Disorder (see blog 9.0).

In a classic 1970 publication, the famous epidemiologist Alvan R. Feinstein, MD, defined comorbidity in relation to a specific index condition as “any distinct additional entity that has existed or may occur during the clinical course of a patient who has the index disease under study.” In Feinstein’s formulation, the implication was that a completely different and independent disease occurred at the same time as another disease. These two diseases co-occurred, more often than not, randomly due to the vagaries of nature and genetics. (See Feinstein AR. THE PRE-THERAPEUTIC CLASSIFICATION OF CO-MORBIDITY IN CHRONIC DISEASE. J Chronic Dis. 1970 Dec;23(7):455-68).

Feinstein’s concept of comorbidity is recognized accurately in every medical field except psychiatry. Because the DSM system does not specify independent, unrelated, simultaneously occurring diseases, it does not represent true comorbidity. Instead, the DSM encourages counting symptoms to reach a threshold, then lists absurdly numerous “disorders,” whether they have validity or not.

The DSM definition of “disorders” is made by committee and the basis is unclear and unproven i.e., Disruptive Mood Dysregulation Disorder (DMDD) which has overlapping symptoms with multiple other “disorders” but no validity in clinical studies or other diagnostic validators. (Its inclusion in the DSM was to divert psychiatrists from giving children a Bipolar diagnosis. This decision was widely criticized in the literature.)

Collecting symptoms rather than using a hierarchy is not a healthy medical model.

Diagnostic hierarchies in medicine promote the umbrella disease to be the basis for treatment. Other various symptoms are accounted for when the disease is accurately diagnosed. However, in psychiatry, this is not the case. If it was, this is what the psychiatric version of the vertical priority diagnostic system used in the rest of medicine would look like:

The DSM system is horizontal, i.e., one “disorder” is equal to another: MDD, GAD, PTSD, OCD ADHD etc. Each disorder then is treated simultaneously with a mélange of prescription medications, often with conflicting results. This method is ineffective, at least.

The following composite case-study based on my experience in a variety of settings exemplifies the difficulties associated with ignoring a diagnostic hierarchy in favor of “comorbid” disorders.

A 15 yr. old teen is admitted to a psych hospital for suicidal ideation. The patient has experimented with marijuana and alcohol and was caught smoking in the school bathroom. The patient had a prior overdose on an SRI that required brief ICU treatment.

The heritability of Bipolar illness is 85%, per Bienvenu OJ et. al.:

The Bipolar heritability of 85% is like that of eye color or height from parents to children. However, even excluding the mother’s Bipolar diagnosis, the first consideration is a mood disorder in the hierarchy because family history on both sides is positive for the historical disease entity of classically-defined Manic-Depressive Illness, aka recurrent severe depressive episodes with or without mania. A diagnosis of Manic-Depressive Illness would also explain the mixed symptoms of depression and mania, the most common presentation.

It is notable that neither parent or patient reported psychomotor slowing, i.e. slowness of thought and movement. Also, they did not mention lack of emotional responsiveness, whether positive or negative. These symptoms are pathognomonic of a pure unipolar depression (what the DSM calls severe MDD) and could respond to an antidepressant. In the DSM, symptoms of sadness, hopelessness, worthlessness, or the patient saying “I’m depressed” do not characterize the historical documentation of a severe clinical depression in the literature. Within the DSM category of “Major Depressive Disorder,” invented in the 1980 DSM-III, are included various levels of depression from mild to severe that are not consonant with historical understandings of depression, e.g., pre-1980. Recurrent episodes of psychomotor slowing and lack of responsiveness to external happenings (good or bad), lasting from 6-12 months, then spontaneously resolving on their own, have been consistently described for centuries. Mild continuous depressions, i.e. not episodic, were called depressive neurosis or neurotic depression (seasoned practitioners will remember 300.40, the most frequently used billing code for this common form of depression). Also the post 1980 DSM’s overemphasize the mood or cognitive symptoms for what it calls depression and underemphasize the pervasive slowing and mind and body and is also not consonant with the history of clinical descriptions.

Given the lack of euphoria or elation, which the DSM requires for mania, parents clearly did report the most common mixed symptoms documented in the literature of irritability, distractibility, and agitation but not recognized by the DSM which calls them “overlapping symptoms” with other ‘disorders’ so as not to “over diagnose” Bipolar. This long standing excessive caution of over diagnosing Bipolar illness leads to a diagnosis which runs contrary to a diagnosis supported by decades of medical studies.

Because psychiatrists and psychiatric prescribers are not trained to recognize mixed symptoms, the symptoms are misidentified and lead to a diagnosis of Major Depressive disorder (MDD); and antidepressants are given, usually with a poor outcome.

Research indicates that in up to 80% of children and adolescents, mixed states are predominant:

Cyclothymia is relevant for children and adolescents as described below. Van meter and Youngstrom succinctly summarize the state of the field:

Cyclothymic disorder is a chronic and impairing subtype of bipolar disorder, largely neglected in pediatric research. Consequently, it is rarely diagnosed clinically, despite potentially being the most prevalent form of bipolar spectrum presentation. In children with depression, cyclothymic temperament has been associated with a higher risk of bipolar disorder and may be helpful in the prediction of future bipolarity among youth presenting with depressed mood.

This patient’s diagnosis prior to the DSM-III in 1980 would have been Manic-Depressive Illness Mixed, even though there is no documented mania in the history. (Mania was not required for the diagnosis of Manic-Depressive Illness, just recurrent severe depressive episodes with or without mania). The course of illness may evolve into a Bipolar illness or not. It may continue to be of the mixed variety. The bottom line is that it should not be called MDD until and if the patient ever develops a severe clinical depression as described above.

This treatment plan eliminates the most prominent factors (medications) which increase suicidal risk in mixed states: antidepressants, i.e. any SRI and any type of stimulant i.e Vyvanse, Adderall etc. This treatment plan includes the medicines most recommended for mixed states such as dopamine blockers and an anticonvulsant. It also includes psychiatry’s only proven life saving drug: lithium (see blog 12.0). Managing circadian rhythms should be part of any treatment plan for mood illnesses. Psychoeducation for the family would alter what it is accustomed to hearing about treating multiple “disorders,” simultaneously, with multiple medicines working at cross purposes.

This diagnostic approach is exhaustively documented in both editions of Manic-Depressive Illness – Bipolar Disorders and Recurrent Depression (1990 and 2007), both over 1000 pages, each with hundreds of studies, and historical observations from antiquity, and more recently in Clinical Psychopharmacology – Principles and Practice (2019) by Nassir Ghaemi.

The case study above exemplifies a common and unfortunate standard of psychiatric care. Similar kids are presenting every day to psychiatric facilities throughout the country. When I explain the concepts above to the parental figures, I have frequently heard them say, “that makes sense, what we have tried wasn’t working.” Major changes in the training of psychiatrists and psychiatric providers is needed.

The patient’s earlier multiple diagnoses is, in part, due to the ill-advised separation of Manic-Depressive Illness in the 1980 DSM-III. That separation into Major depression and Bipolar disorder was based on six years of family studies in the 1960’s and appeared to indicate there was a difference between people with Bipolar Illness and people with severe depression. However, continuation of the same study, called the Zurich Cohort series by the original researcher Jules Angst over the next 40 years, found that this was not the case. Ultimately, there was no justification for this separation; and the full disease entity of Manic-Depressive Illness remains true. But when this follow up study, called by Nassir Ghaemi, the “psychiatric Framingham Project” (famous half century heart study) was presented to the DSM-5 committee on Mood Disorders, it was ignored. The committee did not reverse the earlier erred separation. The committee couldn’t accept, perhaps, the most consequential follow-up study in the history of psychiatry.

This is a who’s who list of international experts who were not invited to be on the 2013 DSM-5 Mood Disorders Committee, with the exception of Jules Angst for a brief time.

The intention of this movement is to totally revamp the DSM Depression and Bipolar categories, hopefully to restore the true disease entity of Manic-Depressive Illness and define the mixed depressive and manic states according to studies over the past quarter century.

PrevPrevious12.0 Does Psychiatry Have a Lifesaving Drug?