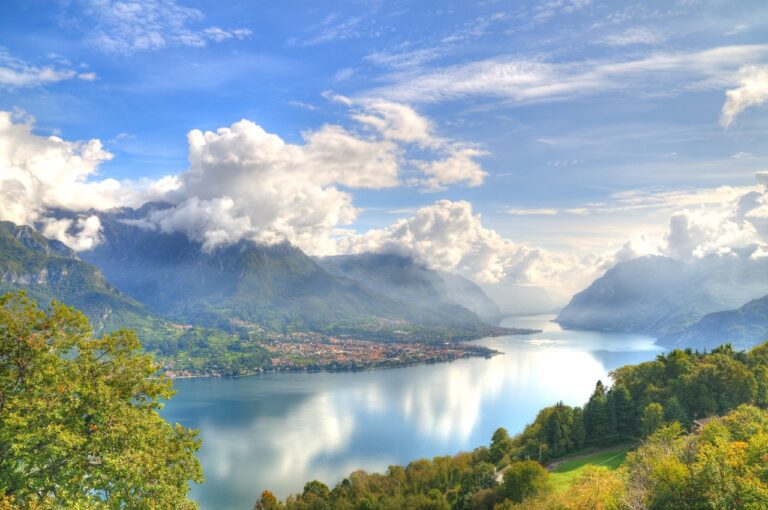 For many individuals bipolar disorder emerges in the form of depressive episodes in childhood. (Geller, Lish 1994). Although depression in children may be readily diagnoses using adult criteria, the majority of such cases probably go undetected and untreated. Even if they are detected there is presently no certain way of knowing if the extent of early – onset depression presages childhood-onset bipolar disorder.

Given that unipolar depression in children is substantially more prevalent than mania and is characterized by marked clinical and etiological heterogeneity; it is difficult to identify predictors of specific to eventual bipolarity.

Wozniak 2004, compared 109 children with UP depression and 43 with bipolar BP depression (all had been diagnosed with ADHD as well) and found that bipolar children were more severely depressed and anhedonic, were more often suicidal. expressed greater hopelessness, and were more likely to need medication and hospitalization. They also had higher rats of comorbidity with conduct disorder, ODD, agoraphobia, OCD and alcohol abuse.

A family history of bipolar disorder was more than twice as likely in the bipolar group as in the UP group. (20% vs 8 %)

Recently Luby and Mrkotsky 2003, attempted to identify differences in symptom among depressed preschoolers with and without a family history of bipolar disorder. Only one symptom – “restlessness, moves around a lot” distinguished the two groups but its association with bipolarity remains to be seen.

Geller 2005, found that among a sample of 79 severely depressed children, 6-12, 32% switched to bipolar I or II during a 2-5 year follow up. When the same subjects were re-contacted at age 21, 50% had switched to a bipolar disorder with 33% to BP-I. The authors found that parental and grandparent mania was a significant predictor of bipolar switching.

Unfortunately, this information has been misstated. Although Geller 2001, did find 33 % rate of switching to bipolar I among their severely depressed sample of bipolar children, their sample maybe atypical and perhaps biased by high rated of referral of bipolar disorder. The rate of switching is likely to be substantially lower on more typical outpatient settings.

Weissman 1999 followed up outpatient children with prepubertal depression an average of 11 years later an found that only 6% had developed bipolar disorder, although this rate was much higher than in comparison groups. Lewinsohn 2000, found fewer than 1% of adolescents with depression in a community sample switched to bipolar disorder.

Difference in rated among these studies are likely doe to differing diagnostic and exclusion criteria. Most clinical samples are small and can be greatly affected by variations in level of severity, family history, alcohol, stimulants and

antidepressants, other drugs and unknown factors.

Despite general agreement that bipolar disorder can emerge in childhood, several problems make is difficult to validate some of the assertions about the diagnosis in children. Three related issues are discussed here: comorbidity and indistinct diagnosis boundaries, the validity and meaning of the diagnosis of mania, and the lack of developmental guidelines.

As noted earlier the great majority of cases of childhood bipolar also meet the criteria for other disorders such as ADHD, conduct disorder, and ODD. Findings of major studies of co-morbidity are presented in table 6-2. As can be seen on the table, many clinical investigations have documented a high rate of co-morbid anxiety disorders as well. (There is some indication that BP-II children and adolescents, like adults, are more likely to have co-morbid anxiety disorders than those with BP-I disorder. Perhaps nothing has fueled the controversy as much as the potentially confusing overlap of symptoms between mania and disruptive behaviors disorders.

Many studies have shown that children with bipolar diagnosis have a high probability of being diagnosed with ADHD. Geller 2002 found this to be the case in 98% of their sample. Considerably lower rates have been found by other researchers however. Some investigators have argued that many children diagnosed with ADHD also have bipolar disorder. Biederman 1996, identified psychiatrically referred children with ADHD who were then assessed for the presence of mania at baseline and at 1-4 years later. BP was diagnosed in 11% of the ADHD children and in an additional 12% at the 4 yr. follow up. Arguing that a substantial number of children diagnosed with ADHD may actually have unrecognized BP, Biederman fueled a controversy that is still alive. Many investigators have also observed high rates of CD and ODD as well as substance abuse and anxiety disorders among children.

What is the meaning of the overlap between ADHD and BP? There are several perspectives on this question. One general argument is that the co-morbidity is simply an artifact of overlapping symptomatology.

Three more specific arguments are that ADHD-mania overlap is

The general argument that bipolar co-morbidity maybe the result of overlapping symptoms suggests that diagnostic inaccuracies are caused by indistinct symptoms boundaries, clinician bias or diagnostic expectations due to the ascertainment source. Biederman at MGH studies large numbers of children with comorbid ADHD and BP. They argued through the use of various diagnostic algorithms that the presence of the two separate diagnoses was valid and not the result of overlapping symptoms such a talkativeness, hyperactivity-psychomotor agitation or distractibility.

Moreover Biederman 1998 found that children with co-morbid diagnoses of BP and ADHD ascertained from the ADHD clinics and from a study of mania differed minimally in symptoms of either mania or ADHD.

Additionally, Biederman 2004 hypothesized that the comorbid combination of the two disorders may mark an etiological subtype. In family-genetic studies, Faraone 1997, found that 1st degree relatives of children with bipolar disorder and ADHD had both disorders at rates greater than would be expected by chance alone.

On the basis of this and other family patterns observed across several studies, they posited that the combination of ADHD and BP is famillially distinct and may be a marker of a subtype of very early—onset bipolarity.

Geller 1998, also found high rates of comorbid ADHD and BP. ADHD occurred among 97% of prepubertal bipolar children and 74% of bipolar adolescents. Even with ADHD, the bipolar children were distinctly different from ADHD only children in symptoms of mania, as illustrated in fig 6-1, Geller 1998. As noted earlier in a study comparing 93 participants with childhood and early adolescent onset mania, 81 with ADHD and no mania, and 94 community controls, Geller 2002 found that, despite the high rate of ADHD-BP comorbidity, 5 symptoms distinguished most clearly between BP and ADHD samples;

These findings appear to argue against the possibility that ADHD comorbidity is an artifact of overlapping symptoms—provided, as noted earlier those children otherwise meet the full criteria or mania in the DSM.

Whereas Biederman 1996 argued that the combination of ADHD and BP in children marks a subtype of bipolar disorder, Geller 1998 suggested that ADHD in child BP samples may be a “phenocopy” of ADHD, driven by developmentally prevalent high energy in children.

That is, high energy combined with emerging bipolar symptoms promotes the hyperactivity, impulsivity and attentional problems that are viewed as ADHD.

Geller predicted that the ADHD will decrease to population levels by adulthood.

Thus, ADHD may be a prodrome or developmentally expressed version of bipolarity in some children rather than a separate disorder.

Obviously prospective longitudinal follow-up samples of young BP patients would help to resolve such diagnostic issues through clarification of clinical course and outcome.

While it is doubtless likely that comorbid conditions can obscure the recognition of an underlying bipolar disorder illness, the complex symptomology involved may also have the opposite effect: clinicians are urged to consider BP as an explanation for diffuse and difficult symptoms.

Obviously although such symptoms may occur in children with BP each is also nonspecific. Precise diagnostic definitions that can help separate truly bipolar manifestations from overlapping conditions are needed to avoid misdiagnosis as well as to facilitate recognition of bipolar illness.

Questions about the validity of the diagnosis of mania in children

In the past some of these children were labeled as “minimally brain damaged”, or “hyperkinetic”. Many of these historical syndromes have been described in terms that bear a marked resemblance to contemporary descriptions of childhood mania.

A related issue raised by Carlson and others is the possibility that mania or manic-like symptoms may occur as dimension of disorder or serve as a marker of severe psychopathology without necessarily indicating the presence of a bipolar syndrome.

Carlson and colleagues 1998, recruited a sample of boys age 6-10 who had heterogenous disruptive symptoms and or depressive symptoms. The boy’s mothers were asked about the presence of manic symptoms and their responses led the researchers to distinguish three groups:

The authors found that although boys with symptoms of mania differed significantly from the non-manic-next group, most of those differences disappeared in a comparison with the group with comorbid conditions.

The investigators are continuing to study these children over time, attempting to determine whether some are truly bipolar, while in others manic-like symptoms may serve mainly as markers for “behavioral and emotional multimorbidity”.

Similarly, Hazel and Colleagues 2003 followed up boys age 9-13 who met criteria for ADHD plus mania. When the boys were re-evaluated after 6 years, there were no clear cases of bipolar disorder among those with prior manic symptoms; however, the boys with earlier manic symptoms had lower overall global functioning.

Geller 2002, have operationalized several DSM criteria (most notably euphoria and grandiosity to make them what authors believe to be developmentally appropriate for children. Not everyone agrees with this formulation however. In a recent cross-national study US and UK, study of 5 cases of children with mood symptoms in whom bipolar might have been a diagnostic consideration, disagreement on diagnostic criteria occurs in 3 of the 5 cases.

The reason appears to be differing interpretations of specific symptoms. DSM’s reliance on symptom counts (used in the US) may result in a conceptualization that differs from the gestalt of bipolar disorder described in the ICD-10 used the UK. Specifically, in a pre-adolescent patient with classic mania, agreement was close 96.4% in the US and 88.9 % of UK physicians made a mania diagnosis.

In the pre-pubertal child with both ADHD and manic-like symptoms however 86.2% of US child psychiatrists diagnosed the mania but only 31.1 % of their UK colleagues.

It may be noted that among adolescent samples in community populations, Lewinsohn and colleagues 1995, and Klein 1996, observed manic-like symptoms or hypomania associated with impairment and various forms of psychopathology. Upon follow up at age 24, those diagnosed with earlier BP (mostly BP-II and cyclothymia) continued to show recurrent or chronic bipolar symptoms, but few of those with adolescent “subclinical bipolar symptoms of mania/hypomania had developed full blown BP.

Overall studies of manic symptoms in children and adolescence may indicate true bipolar disorder in some cases, but in other cases these symptoms may be mainly markers for severe emotionality and disruptive behaviors.

Finally, a significant issue in the diagnosis of mania concerns the duration of affective cycles. Many children labeled “bipolar” have numerous shifts within a day and have chronic symptoms and impairments not consistent with the adult concept of “episodes”.

As noted by Leibenluft 2003, in the absence of validated criteria for the duration of episodes in children, some investigators have defined episodes as to be as brief as a few hours. Leibenluft suggested that within such brief periods it is quite difficult to determine whether episodes are accompanied by the required DSM criterion B changes in behavior.

Thus, investigators and parents’ subjective impressions may be used to make diagnoses, contributing to the confusion and heterogeneity in research samples. Tillman and Geller 2003, have proposed specific definitions of rapid, ultra-rapid and ultradian cycling, as well as distinctions between episodes and cycles.

If used systemically in research, such definitions might help characterize the course of illness in bipolar children and contribute to diagnostic validity.

In Part III the following will be covered