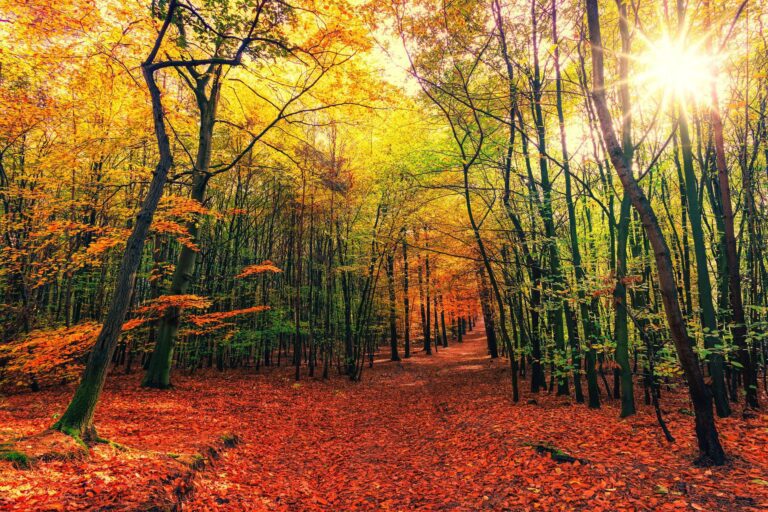 (Bold has been added to original text)

Neurodevelopmental aspects of adolescent BP and the issue of puberty.

Many studies use the term “prepubertal” or pubertal” onset but the vast majority have neither verified the pubertal status of research participants not articulated a model of early onset BP in which puberty plays a role in pathology. The issue is important however given the frequent onset of BP in adolescence apparently after pubertal changes.

A neurodevelopmental emphasis has emerged in the field of schizophrenia Lenzenweger and Dworkin, 1998 helping to identify early markers of neurocognitive impairment that are predictive of eventual schizophrenia as well as to generate etiological models pertinent to abnormal brain development.

Benes 1999, and others have noted the significance of puberty for the development of neural that are relevant to mental disorders. Walker 2002, explored the role played by hormones in neuromaturation, speculating that vulnerability to mental disorders such as schizophrenia, severe depression and BP illness is medicated in part by the effects of hormones on gene expression.

Further research on the development of the brain and the role of pubertal changes in neurodevelopmental processes might help clarify whether pubertal effects are indeed significant in triggering underlying vulnerabilities to BP.

A small body of research has begun to emerge on the neurocognitive, neuroanatomic and neurochemical changes, see also chapters (& 14, & 15, Sigurdsson 1999 reviewed chart notes for a sample of BP adolescents and found significantly greater evidence of delays in linguistic, social and motor development among BP youths compared with those with early onset UP depression, and especially among those who developed psychotic symptoms.

Although the neurodevelopmental differences were relatively general and non-specific these findings are compatible with the hypothesis that such impairments are indicators of neurocognitive vulnerability for BP Illness. A growing literature suggests that BP youths are more likely than controls to demonstrate impairment on a wider variety of neuropsychological measures including executive functioning, sustained attention and working memory. (References 2005 and 2005). these deficits in turn contribute to substantial academic difficulties, Pavuluri 2006. There is accumulating evidence that co-morbid ADHD significantly contributes to the cognitive deficits.  2006 and 2006.

In related work Friedman 1999 conducted an MRI study of adolescent BP and schizophrenic patients compared with non-ill youths. They found few differences among the patient groups, but the schizophrenic and BP youths differed significantly from normal controls on various measures, including reduced intracranial volume and increased frontal sulcal prominence, among others. these results are consistent with neurodevelopmental abnormalities and raise many intriguing questions for further study. (Batteron et. al. 1995, Todd and Botteron 2002).  It should be noted however that such studies need to verify the age at (onset and clarify whether state or trait markers of disorder are being identified. recent Studies by Blumberg (2003) found that adolescents with bipolar illness decreased volumes of medial and temporal lobe structures (with greater effect sizes in the amygdala than the hippocampus) and signal increases in the subcortical portions of the frontal striatal circuits.

Epidemiology of Bipolar disorders in children and Adolescents.

Implications of Childhood and Adolescent Onset of Bipolar Illness

Implications for Treatment and Prevention

Studies of Children at High Risk

Recent and Direct-Interview Studies of Children of Bipolar Parents

Mechanisms of Risk to Children of Bipolar Parents

In addition to the subclinical traits and related characteristics noted in the text several early studies identified, personality traits associated with children at high risk for BP; this included aggressiveness (Worland 1979); extroversion, introversion and impulsiveness (Kron 1982).

Data collected on participants in the Gershon 1985 study and reported by Pellegrini 1986, documented personal and social resources of the children of BP parents. There was no overall difference between offspring of BP vs control variants of such variables as IQ, social problem-solving ability, self-esteem, and perceived competence.

Also, non-disordered offspring of BP patents reported significantly more supportive relationships and resources available to them than did the disordered youth. Although the direction of causality cannot be determined, superior competence and self-esteem may serve as resilience factors for children at risk and help protect them from the development of psychological disorders.

The findings of Pelligrini 1986 are consistent with those of a Stanford study of 53 children and adolescent offspring of BP parents and found “super-normal” temperamental characteristics in the offspring who were diagnosis free.

That is, unaffected children and adolescents were more likely to approach new situations, things and people to have regular sleeping patterns, and have lower energy and activity levels (Chang 2003).

It is possible that some of these well “super-normal” offspring may have inherently very mild subsyndromal variations of a Hyperthymic temperament; this may in turn provide a protective resilience and energy.

Nurnberger 1998, included in their study measures of subsyndromal affective symptoms, as well as the personality trait of sensation seeking. On this measure they found that children of bipolar parents displayed personality patterns suggestive of disinhibition, and they speculated that such offspring may be prone to respond to dysphoria with disinhibitory behaviors such ad drug and alcohol abuse and high-risk behaviors.

Although based on only 7 boys, of BP parents and 20 controls, a study by Zahn-Waxler 1984 is unique in the intensity of its observations and in the young age of the children involved.

In laboratory observation of numerous real-life situations, the investigators found that the toddlers of BP parents displayed notable interpersonal difficulties and emotionality. For instance, they showed difficulty in peer interactions (e.g., sharing) and maladaptive aggression as well as heightened distress and preoccupation in response to simulated conflict and suffering among others.

Although the children of BP parents did not display cognitive deficits, they did show more insecure attachment and deficit in taking another’s perspective Zahn-Waxler 1984.

Radke-Yarrow’s 1998 report on the expanded study also indicated significantly higher rates of insecure attachment among the children of BP mothers, compared with both the well and UP groups.  Nevertheless, these toddlers were seen as being relatively socially skilled.

As they grew older however, more disruptive and emotional disorders emerged that were associated with impaired functioning.  For instance, peer relationships were rated as poor for 42% of the offspring of BP women and 23% were doing poorly academically.

The investigators found that overall, 27% of the younger and 30% of the older siblings showed significant functioning problems in multiple areas (compared with very few of the children of well mothers).

The findings of these studies suggest the value of intensive observation of high-risk children in stressful and challenging situations as a way of identifying potential defects in emotional and behavioral regulation that may portend a bipolar disorder.

Anderson and Hamman 1993, compared offspring in the UCLA high-risk study on social competence and academic functioning measures. They discovered that although the offspring of UP mothers were the most impaired of all groups, the children of BP mothers were actually comparable to the children if non-ill mothers.

the investigators predicted that in spite of the symptomology of the BP group and the likely increasing risk as they grew older, they were somewhat protected by positive social skills and successful academic treatment, compared to the children of the UP group.

Carlson and Weintraub 1993, evaluated young adult functioning in their follow up study of children of BP parents compared with a mixed group of offspring of parents with “other psychopathology” and with offspring of non-ill parents.

They found that the Global Assessment Scores of the young adult offspring of BP parents were significantly lower than those of children of normal families but did not differ from the scores of offspring of parents with “other” psychopathology.

Osher 2000, compared the Rorschach responses of a small group of offspring of MDI parents and controls. They found indicators of thought disorder and unconventional perceptions, suggesting that these might be markers for MDI.

The differing results across offspring characteristics reflects a lack of standard batteries of measures (or theoretically driven explanations). The varying of methods employed reveal an array of both positive and problematic attributes of children at risk for BP. Further studies will be needed to determine whether they are consistent patterns of traits and characteristics that can inform predictions of eventual outcomes.

Increasing interest in mood disorders of children and adolescents has stimulated research and careful clinical observations aimed at identifying the clinical features, precursors, and course of BP in these populations. However numerous gaps in knowledge remain.

For many years unclear diagnostic criteria led to frequent misdiagnosis of BP in children and adolescents. Today pediatric BP disorders are increasingly being diagnoses and treated. Nevertheless, additional studies are needed to refine the predictive utility or age of onset of first symptoms, and to determine the correlates of illness course and level of functioning.

Although “classic” BP features, including distinct affective episodes and good interepisode functioning appear to be rare in children, some children display severe and chronic signs of emotional instability, behavioral dysregulation and cognitive changes that are consistent with mania, and that appear to resemble BP mixed states and ultra-rapid cycling.

Whether such patterns mark the developmentally consistent manifestations of BP or reflect other traits or disorders not yet understood remains uncertain however.

Diagnostic problems are compounded by the considerable overlap between presumed mania and ADHD, as well as other comorbid disorders, such as substance abuse, anxiety and disruptive behavioral disorders.

Clearly longitudinal studies. are needed to determine the unique developmental manifestations of manic symptoms and whether possible manic syndrome or symptoms in children portend BP in adolescence or later.

More over the significance of manic symptoms in children remains to be clarified, in particular whether they represent an especially severe and disabling form of the illness or a non-specific indicator of psychopathology.

Some have proposed that early onset mania presenting with comorbid ADHD may represent an etiologic subtype marked by familial concentrations of BP and ADHD. Presently it is recommended that a diagnosis of BP be reserved for children who meet the DSM criteria for mania and that BP-NOS be used for those with severe emotional and behavioral dysregulation when boundaries with disruptive behavioral disorders are unclear.

Parental Bipolar Illness in families of children with manic symptoms would aper to be potentially validating criteria, but further research is needed to identify the early markers (endophenotypes) of childhood BP. The stakes are high for such severely ill children because early valid diagnosis and empirically supported treatment could greatly improve their lives and future functioning

Studies of children of BP parents employing the high-risk methodology (the study of psychiatrically ill parents) represent a design uniquely suited to refining the assessment and diagnosis of precursor forms of BP.

More over such studies may prove crucial to identifying markers of risk process that interact with genetic diathesis, although few studies to date have examined the neurobiological or developmental abnormalities that may signal onset or vulnerability to BP illness.

The studies of high-risk children thus far have clearly indicated that the offspring of BP parents have elevated rates of psychopathology, developing in childhood and adolescence. A significant proportion develop BP and the rate is likely to grow still higher as these offspring pass through the age of risk in late adolescence and adulthood.

Longitudinal studies on such research samples are needed to help identify the developmental progression of the disorder; its earliest manifestations and predictors of its course, including adverse family and environmental experiences.