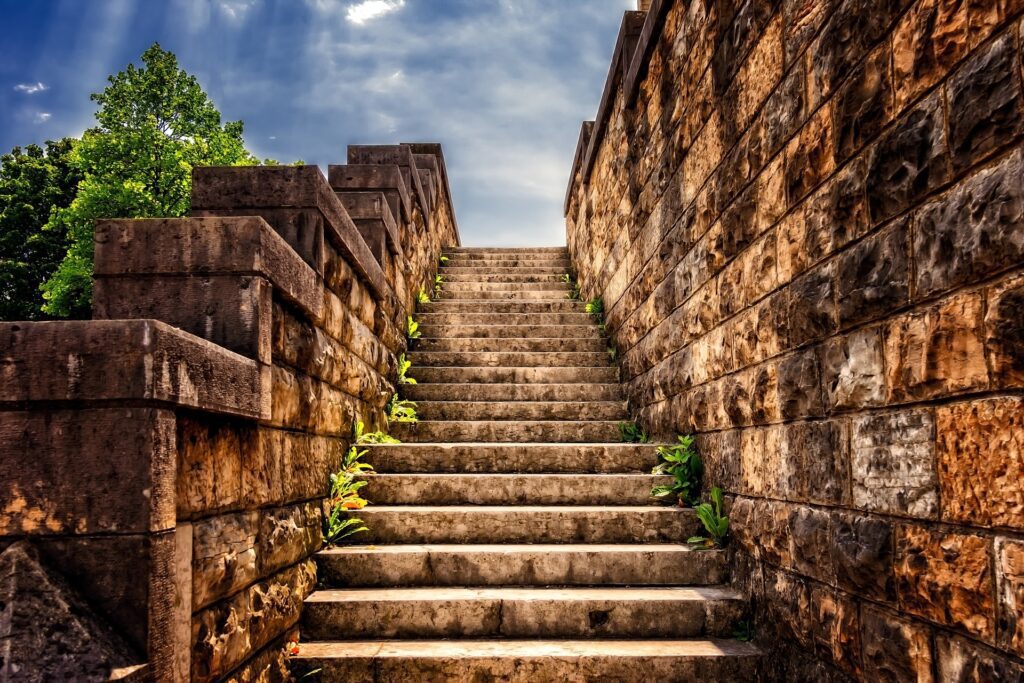 The provocative title of the article I discuss below caught my attention firstly, because I see similar children in my emergency room and hospital psychiatric consultations, and secondly because it raises larger issues about the current state of child and adolescent diagnosis in psychiatry.

There may be a correspondence between the researcher mentioned and his work, as well as others in the literature, for what they call Callous Unemotional personality traits or CU (not in the DSM or ICD) and the well-documented personality traits of what the DSM calls Antisocial Personality. Also to be considered is the classic mood temperament of Cyclothymia which is not in the DSM as discussed below.

Personality traits, which made a first-time appearance in the DSM-5 in 2013 in the back of the book, have over 70 years of research starting in the 1950’s with the three “godfathers” of trait research:

Keep in mind that the “personality disorders” in the DSM such as Histrionic, Dependent, Avoidant, and Narcissistic are based in Freudian theory and have not been subjected to the rigorous scientific process of verification as have the Personality traits mentioned above.

To frame a context for the discussion below, it is important not to conflate any personality trait with a diagnosis or disease: Lupus is a disease, schizophrenia is a disease, diabetes is a disease, Manic-Depressive Illness is a disease (of which a smaller subset is Bipolar Illness), cardiovascular disease is disease. These diseases are genetic.

PTSD, which may occur in 10-20% of persons who experience severe trauma, is a diagnosis but not a disease. It has no genetics, and it can be called a clinical picture. There are many childhood diagnoses of questionable validity in the DSM, discussed below, which have overlapping symptoms but are not diseases.

An article titled, Can You Call a 9-Year-Old a Psychopath? which appeared in the New York Times Most Popular list in June 2022 (originally published May 2012), focuses on the rage outbursts and seeming callousness of a nine-year-old boy (he would be 19 in 2022) causing family disruptions. The parents took him for numerous evaluations, and he was given an initial diagnosis of “first child syndrome” by a therapist (a term not in ICD-11 or DSM-5); however, neither a pediatrician nor a psychiatrist was mentioned in the article.

Over the last six years, Michael’s parents have taken him to eight different therapists and received a proliferating number of diagnoses. ‘We’ve had so many people tell us so many different things,’ Anne said. ‘Oh, it’s A.D.D. — oh, it’s not. It’s depression — or it’s not. You could open the DSM and point to a random thing, and chances are he has elements of it. He’s got characteristics of O.C.D. He’s got characteristics of sensory-integration disorder. Nobody knows what the predominant feature is, in terms of treating him. Which is the frustrating part.

They then found a psychologist (PhD), who has an interest in these issues.

To evaluate this 9 yr. old he used a combination of psychological exams and teacher- and family-rating scales, including the Inventory of Callous-Unemotional Traits, the Child Psychopathy Scale and a modified version of the Antisocial Process Screening Device — all tools designed to measure the cold, predatory conduct most closely associated with adult psychopathy. (The terms “sociopath” and “psychopath” are essentially identical.)

As a practicing psychiatrist who has seen the most severe and violent child and adolescent mental health problems in hospitals, I wondered how this clinical picture would look if the principles of Diagnostic Hierarchy and Diagnostic Validators were used as they are in other medical specialties. (See blogs I, II, and III.) Unfortunately, there are no diagnostic tests available outside of a research setting for routine clinical use in psychiatry at this time.

As for Diagnostic Validators, family history and course of illness are more important than symptoms alone, and response to a treatment prescribed based on symptoms alone is usually less helpful.

The article says the researcher’s assistant interviewed the 9-year-old’s parents and teachers regarding his symptoms at home and school. While there was brief mention of some vague behavioral problems when the father was younger, more details would have been helpful.  Also needed would be an expanded family history (blood relatives only) of psychopathology, i.e., did either parent ever receive any form of mental health treatment in the form of medications and/or therapy?

The course of illness, i.e., what happens over time, is a valuable component in diagnosis. The child in question was age 9 when this article was published in 2012, and we do not know what has happened in the past decade.  There was no information that this article had been updated to the present. Even if it had been updated to 2022, another 5-10 years to his mid to late 20’s would be more elucidating as to the psychiatric diagnosis.

Course of illness as a diagnostic tool is the seminal insight of two great European psychiatric diagnosticians of the late 19th century: Kahlbaum and Kraepelin. Children and adolescents have more mixed mood states which may evolve over time. Adults, 20 and over, tend to have more discrete episodes of depression and mania or mixed states over the years lasting for characteristic periods of time with some intervals of wellness.

A cardinal rule in psychiatric diagnosis is to not diagnose personality traits or “disorders” if a mood disorder is present, i.e., mixed states of irritability/rage, agitation, and distractibility or mania (which is more often non-euphoric and anger driven) or mood temperaments of Cyclothymia, Dysthymia or Hyperthymia, or pure unipolar depression.

In a Diagnostic Hierarchy:

Mixed mood states are generally defined as either predominant depression with subsyndromal manic symptoms or predominant mania with subsyndromal depressive symptoms. The  mixed symptoms most validated by research of irritability/rage, agitation, and distractibility are not counted by the DSM-5 because they are considered to “overlap” with several other childhood “disorders.” According to this research, the least rated symptoms for mixed features are: elevated mood, inflated self-esteem, and decreased need for sleep, i.e., classic manic symptoms. (Stahl S. et.al. CNS Spectrums (2017), 22, 203–219.)

According to research, in up to 80% of children and adolescents, mixed states are predominant:

The lower conditions in the diagnostic hierarchy are best explained by the next higher condition and are not co-morbid as allowed by the DSM. The highest position, mood disorders, can explain everything below because when the mood disorder is fully treated, the other symptoms and conditions, seemingly co-morbid, frequently resolve.

Also relevant to this discussion is the classic mood temperament of Cyclothymia,  first described in the late 19th century as such and included in the DSM since 1952 with various definitions but not explicitly as a mood temperament.

Contrary to the DSM-5 definition based on recurrence of low grade hypomanic and depressive symptoms, cyclothymia is better defined in a neurodevelopmental perspective as an exaggeration of cyclothymic temperament. Emotional dysregulation with extreme mood instability and reactivity is the core features of the complex symptomatology.

…extremes of emotionality and behaviours occurred preponderantly in children who showed cyclothymic traits. In particular, cyclothymic subjects have reported the highest rates of anxiety/sleep disorders and sensitivity to separation, in addition to eating disorders in females and antisocial-aggressive behaviour in males… These data support the idea that the cyclothymic disposition “is the most ‘morbid’ temperament”, (italics added) as it is associated both with internalizing and externalizing disorders.

Despite its historical significance and “modern research” over the past 30-40 years, Cyclothymia as a diagnosis for children or adults is virtually unknown in clinical practice.

The NYT article focuses on a symptom-based approach taken by many evaluators whether they are medical or non-medical mental health professionals. As the mother mentions above, anyone “could open the DSM and point to a random thing, and chances are he has elements of it.” She is correct: the DSM is a morass of overlapping symptoms, especially confusing in child and adolescent “disorders” like Oppositional Defiant Disorder, Intermittent Explosive disorder, Conduct Disorder and the most recent and controversial, Disruptive Mood Dysregulation Disorder or DMDD (defined as severe temper outbursts and irritability).

The latter is considered by many experts to be a poorly conceived and inadequately validated diagnosis inserted into the DSM-5 without any traditional diagnostic validators and without adequate clinical studies. These diagnostic pretenders are merely a reshuffling of symptoms. They were intended to be what I call “off ramps,” distracting doctors and providers away from any type of Bipolar illness, whether BP-I, BP-II, BP unspecified, or the non-DSM term of Bipolar Spectrum. (This would become moot if the true disease entity of Manic-Depressive Illness had not been incorrectly split in 1980 into Major Depressive Disorder and Bipolar Disorder, see blog IV.)

The aforementioned “disorders” are examples of the backward approach to diagnosis taken by the psychiatric profession of creating a new “disorder,” inserting it into the DSM, then trying to retrospectively justify its validity. No other medical specialty does this. This is not the way the medical model works, ideally.

Regarding DMDD, here is one article of many, arguing against the inclusion of DMDD in the DSM-5 prior to 2013.

“In summary, we strongly disagree with the inclusion of TDD (temper dysregulation disorder, changed to Disruptive Mood Dysregulation Disorder- DMDD) as a new formal diagnosis in the DSM-5. The level of scientific evidence to support TDD is too limited to justify a new diagnostic entity.” (David A. Axelson, MD. Et.al. Concerns Regarding the Inclusion of Temper Dysregulation Disorder With Dysphoria in the Diagnostic and Statistical Manual of Mental Disorders, Fifth Edition. J Clin Psychiatry. 2011 September ; 72(9): 1257–1262.)

This brief historical review sets a larger context for the circumstances of the boy and family in the NYT article. I offer no diagnosis because the Diagnostic Validators and Diagnostic Hierarchy were not used. I usually spend around 30 minutes with a parent asking for a detailed family history and course of the behaviors from their earliest appearance in childhood to the present. Since I routinely see youth who are similar to the 9-year-old in the NYT article, I simply want to indicate that there is much more that needs to be known to try to arrive at a valid diagnosis for him.

Usually, children with severe anger outbursts and threatening behaviors end up in emergency rooms (I see them daily), and are often admitted to psychiatric units for children or adolescents. Perhaps the child in this article did go to a hospital, but it was not mentioned. Also not mentioned in the article was whether he was prescribed any psychotropic medication for mood or behavior nor any mention of suicidal or homicidal thoughts, essential elements in any psychiatric evaluation of a child.

If the course over the past decade of this child, now 19, were known, as well as a more detailed family history, it would go a long way in determining if a treatable disease is present. The first category in the diagnostic hierarchy, the broad range of mood illness, would need to be assessed before lower tiers are considered.

If there was a mood illness, a low dose of a second-messenger modifier like lithium or valproic acid could be useful in addition to:

Had the author of the New York Times article provided an update, we would have had rich data to examine.